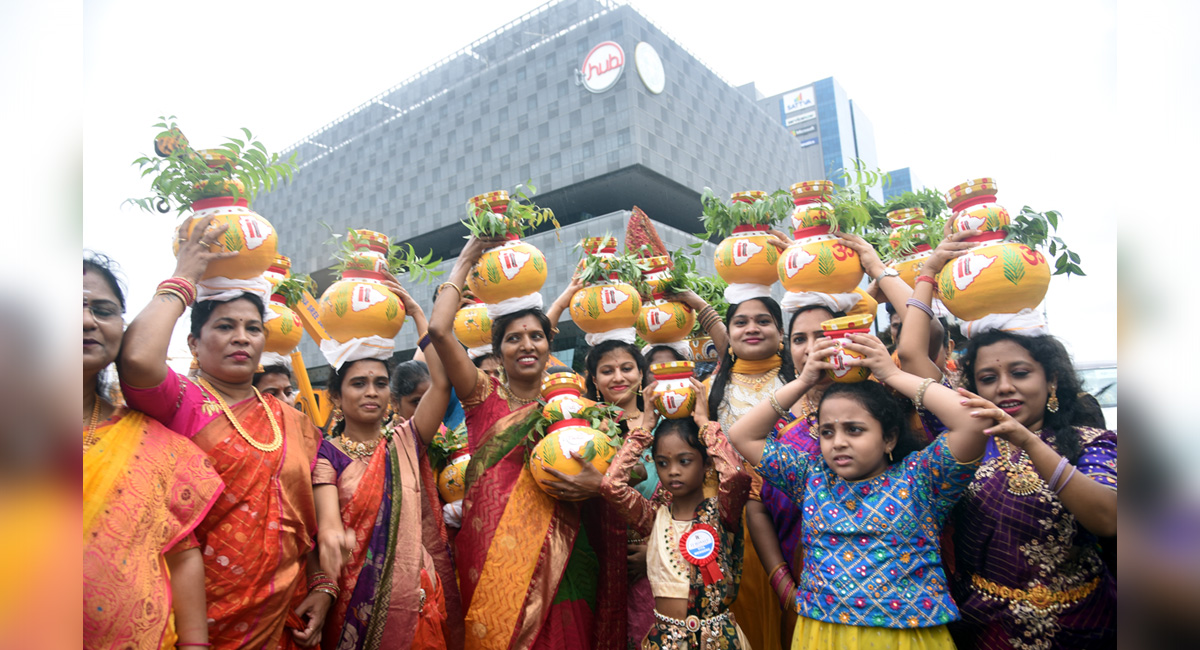 Hyderabad: The Bonalu celebrations in metropolis’s IT hall, popularly often known as ‘IT Bonalu’, was celebrated on the world’s largest innovation centre T- Hub 2.0, on Sunday.

The premises wore a festive look with ‘thottalu’, bonams and pothrajus. A rally was additionally organised from T- Hub 2.0 to the Chinna Peddamma Temple situated close to Cyber Towers and plenty of IT staff participated in it.

TITA president Sandeep Kumar Makthala introduced 21 bonams wishing that Telangana ought to be a centre for improvements and investments. The bonams have been introduced on the Chinna Peddamma Temple situated and cultural occasions have been additionally held.

The Bonalu celebrations by TITA within the IT hall began in 2013 when the Telangana agitation was underway.